I have added pictures to the gallery from the recent premiere of the Lobster and I have also added pictures I found of Olivia behind the scenes filming The Night Manager. To see them just click the pictures below: 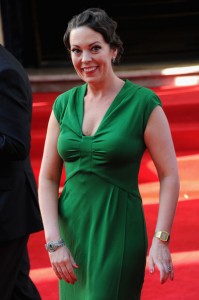 Yorgos Lanthimos’ The Lobster is to be released in the UK and Ireland on October 16 by Picturehouse Entertainment and Element Pictures respectively.

The film is set in the near future where single people are arrested, transferred to The Hotel and obliged to find a matching mate in 45 days.

It marks the English-language debut of Greek director Lanthimos, who first came to international prominence with debut feature Dogtooth, winner of Cannes’ Un Certain Regard Prize and nominated for Best Foreign Language Film at the 2011 Academy Awards.

Executive producers are Andrew Lowe, Tessa Ross and Sam Lavender with Isabel Davis as the lead executive for the BFI Film Fund.

The film was developed by Element and Irish finance for the film came from the Irish Film Board with Rory Gilmartin as the lead executive for the IFB.

Sold by Protagonist Pictures, the film was snapped up by Alchemy for the US having previously been picked up by Sony Pictures Worldwide Acquisitions for key territories. 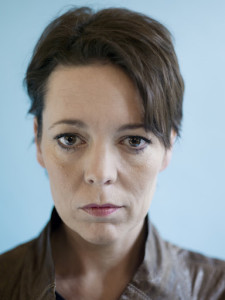 PARIS – Greek director Yorgos Lanthimos’ English-language debut The Lobster has caught French star Lea Seydoux (Blue Is the Warmest Color), Brits Ben Whishaw (Skyfall) and Olivia Colman (I Give It a Year) and Australian Jason Clarke (The Great Gatsby) for its international cast.

The unusual romantic drama is set in a dystopian future where singles are forced to find a partner in 45 days or they are turned into animals and released into the woods. Before he can be transformed, a man escapes into the loners’ woods.

The script is penned by Efthymis Filippou, who previously collaborated with Lanthimos on their Oscar-nominated thriller Dogtooth, which snagged a best foreign film nom in 2009, and 2011’s ghost-story drama Alps.

U.K.-based Protagonis is handling international sales at AFM next month for the film, which is scheduled to begin shooting in Ireland in March 2014.